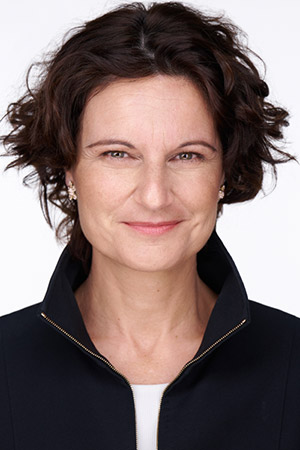 She acts as Arbitrator at the Money and Capital Markets. Her primary practice areas are banking law, compliance issues, data protection and sustainability (ESG).

After having a short detour as an associate, she joined the legal team of Raiffeisen Bank. In 2006 she became the Chief Legal Counsel, later she established and ran the Compliance Department as well. Being the Managing Director she was also the Head of Data Protection, Complaint Management and Customer Protection and responsible for all regulatory issues and public affairs of the Hungarian Raiffeisen Banking Group.

The Legal 500 highlighted her on GC Powerlist as one of the 120 most influential business lawyers in Central and Eastern Europe.

She joined Gárdos Mosonyi Tomori Law Office as a partner in 2022. She also acts as Arbitrator at the Permanent Court of Arbitration of the Money and Capital Markets. Her primary practice areas are banking law, compliance issues, data protection and sustainability (ESG).

Capital Market Section of the Court of Arbitration attached to the Hungarian Chamber of Commerce and Industry.

She is a member of the Budapest Bar Association.