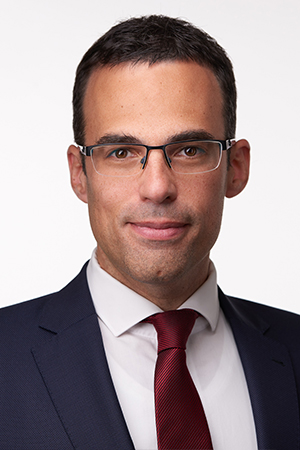 He started his career at Oppenheim és Társai Freshfields Bruckhaus Deringer. Between 2004 and 2008 he worked at the Department for the Codification of Civil Law and Private International Law at the Ministry of Justice and Law Enforcement, later he became head of at the Department for Constitutional Law. He joined Gárdos Füredi Mosonyi Tomori in 2008, and he became a partner in the firm in 2014.

He worked as advisor at the Supreme Court.

Arbitrator both at the General Section and the Money and Capital Market Section of the Court of Arbitration attached to the Hungarian Chamber of Commerce and Industry.

He is of the Budapest Bar Association.

He is fluent in English and German.

"he is very clever and helpful"
Chambers Europe 2020