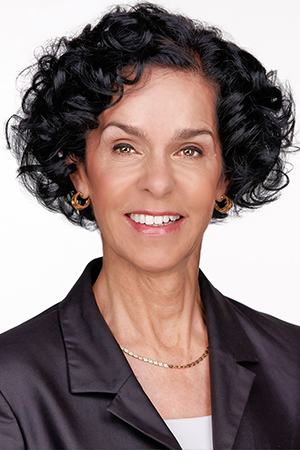 Erika Tomori earned her law degree at the Faculty of Law and Political Sciences of Eötvös Loránd University in 1986. She received a diploma in Securities Trading in 1990. She continued her studies at the Academy of American and International Law (The Southwestern Legal Foundation), Dallas, Texas, US, in 1991. She received a certificate in Banking Law in the Postgraduate course at Eötvös Loránd School of Law 1995.

She started her career at the Financial Business Law Association. In 1992 she was one of the founding partners of Gárdos, Füredi, Mosonyi, Tomori Law Office.

She gives lectures in Securities law at the Faculty of Law and Political Sciences of Eötvös Loránd University, at the Pázmány Péter Catholic University, at the Corvinus University of Economics and at the International Training Center for Bankers. As part of her academic activities, she is the author of various books on securities law. As an acknowledgement of her academic she was awarded the title of honorary professor by Eötvös Loránd University in 2004 and by the Corvinus University in 2006.

She is fluent in English.

"receives enthusiastic client praise for her capital markets expertise: >> She's excellent in this area, and is extremely knowledgeable about the regulatory background to both capital markets and securities issues"
(Chambers Europe 2009)

"recommended for both litigation and arbitration"
(Chambers Europe 2011)

Erika Tomori has a significant practice with financial clients on their dispute resolution concerns, with a particular focus on operational and licensing issues encountered by domestic and international banks.
Chambers Europe 2016

"highly prepared lawyer with a great attitude in negotiations, who is widely known in Hungarian banking circles."
Chambers Europe 2016

"in-depth experience and theoretical understanding of capital markets. She is respected as the capital markets expert of the new Civil Code."
Chambers Europe 2016

"excellent negotiator who is dedicated and has huge technical knowledge. She also has a great capacity for conflict resolution and a good sense of humour."
Chambers Global 2016

"Erika Tomori combines her banking, securities and corporate law know-how with a successful litigation practice. She is lauded for her organisation and communication skills."
Chambers Europe 2013

"admired as an "exceptionally knowledgeable practitioner," and is amongst the leading capital markets lawyers in the country"
Chambers Europe 2013

"noted as a significantly experienced and respected lawyer"
Chambers Europe 2013

"a very good name on the market"
Chambers Europe 2014

"highly prepared lawyer with a great attitude in negotiations, who is widely known in Hungarian banking circles."
Chambers Global 2015

Stand-out practitioner Erika Tomori attracts attention for her prowess in regulatory matters, and is acknowledged by market sources as "a well-known name" in the field. Of late, she has advised a number of domestic entities on various bond issuances, as well as compliance issues.
Chambers Europe 2016

Erika Tomori is a "commercially minded" finance practitioner who has expertise in licensing and complex banking operational issues. Sources recommend her as an "excellent negotiator who is dedicated and has huge technical knowledge. She also has a great capacity for conflict resolution and a good sense of humour."
Chambers Europe 2016

"has an excellent understanding of complex regulatory issues."
Chambers Global 2016